The next release of the C3D Modeler geometric modeling kernel will add construction of conic section surfaces.

A conic section surface can be obtained by moving a flat generatrix along a spine curve. (A generatrix generates curves by moving entities along paths.) As it moves, the generatrix can change its shape according to a controlling function. The plane of the generatrix maintains orthogonality to the spine at their point of intersection. Quite often, the generatrix is a part of a plane algebraic curve of degree 2 that begins on one guide curve and ends at another guide curve.

Figure 1 shows an example of a conic section surface generatrix. The generatrix starts at point A, and then ends at point B, where the plane of the generatrix intersects the two guide curves. 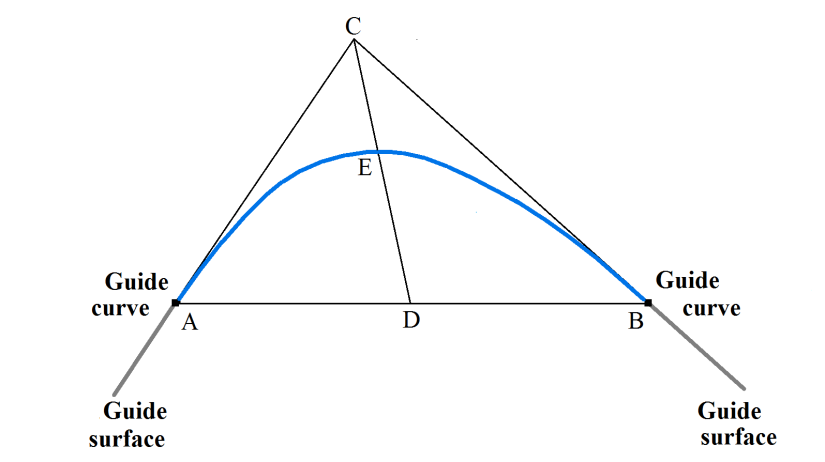 To construct a conic section surface, you need the following as input: 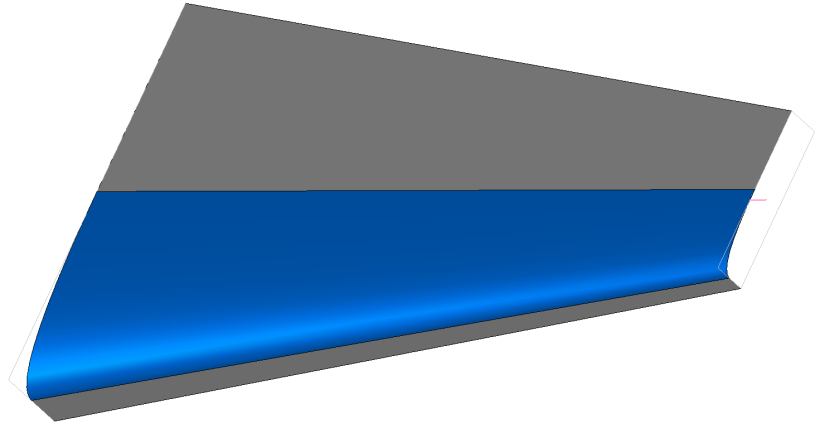 In general, the discriminant of the conic section surface can change according to a given function along the spine curve, and the guide curves can be composite. The generatrix can be any flat spline curve for which you can construct some triangle ABC (see Figure 1). The curve must be located inside the triangle ABC and touch the sides AC and BC at its ends. When this is the case, the discriminant function may be omitted.

Conic section surfaces can have many different forms. Figure 3 shows the surface formed by the movement of a circle along a straight spine. 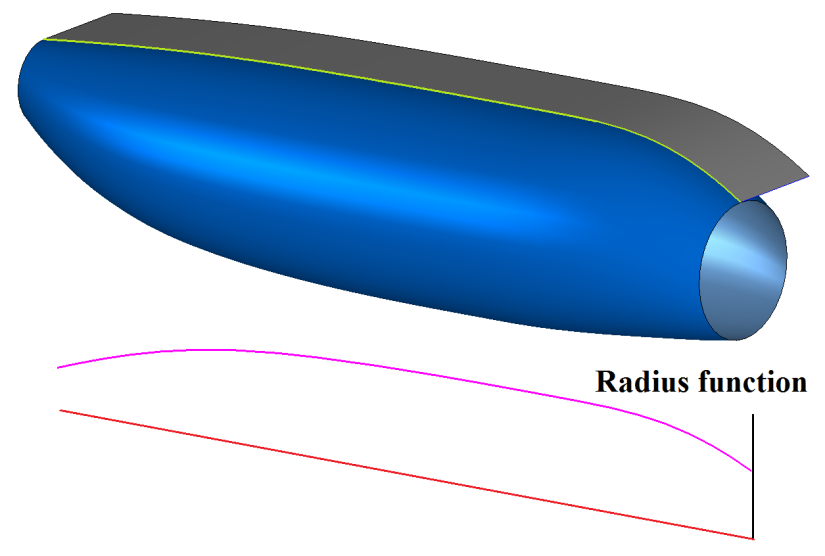