C3D Enterprise is a new release developed in response to the increased interest shown by large enterprise customers in the solutions provided by C3D Labs. The licensing requirements of large corporations differ substantially from those of CAD vendors, the traditional customers of C3D Labs. C3D Enterprise combines a comprehensive set of tools and functions together with the type of licensing and level of support expected by corporate customers.

In his speech at the Forum, Director of C3D Labs Oleg Zykov described case studies in which C3D is brilliantly used by the industrial sector. The case histories formed the basis for the corporate licensing model, the first customer being the Russian Federal Nuclear Center's All-Russian Research Institute of Experimental Physics, a part of the state atomic energy corporation ROSATOM.

C3D Development Manager Nikolai Golovanov and Product Manager Arkadiy Kamnev introduced the new C3D Vision 2016 visualization module. They showed how it allows users to work with three-dimensional scenes and manage the settings of static and real-time views. C3D Vision was designed from the beginning for the CAD market, and so it takes into account the needs of engineering software developers. This differs from most other visualizers, which tend to be focused on 3D animation for computer games and the motion picture industry.

Chief Developer Eduard Maksimenko previewed the upcoming C3D Viewer 2016. This is an embedded solution for viewing 3D models and converting CAD files into other formats. Versions of C3D Viewer can be integrated with third-party software for viewing and converting data in PLM systems. It is also useful for visualizing geometry and the results of mathematical calculations. The first release of C3D Viewer is scheduled for the Autumn. 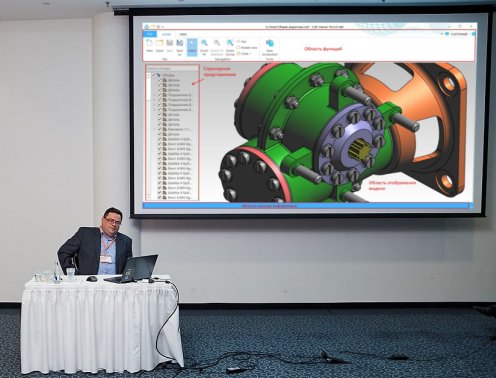 Experienced and novice CAD developers described their experiences using software from C3D Labs. They are engaged in creating specialized applications to solve engineering enterprise problems. As a result, all attendees heard opinions from experts, got answers to their questions, and continued their discussions following the CAD White Nights 2016 Forum.

Here is what some of the speakers said about their participation:

Roman Kolesnikov, developer at BAZIS-CENTER: "Our company uses the C3D kernel for our furniture design CAD software. I talked at the Forum about our plans to improve our product by, among other things, allowing our customers to operate our software over the Internet. The primary users of our system are companies that manufacture and sell furniture, and so we are developing a completely new version of our CAD system that allows customers to design cabinet and other furniture quickly, and then submit the result to buyer in a beautiful format."

Aleksander Shchekin, engineer at Ogarev Mordovia State University: "Our CAM (computer-aided manufacturing) application is designed for engineering companies and small businesses that use KOMPAS-3D as the main CAD system. Milling machine calculations are made in 3D and as it was extremely difficult to create a 3D geometric kernel of our own, we employed the ready-to-use C3D kernel. My talk at the Forum was about automated programming of lathes and milling machines with CNC (computer numerical control) modules. Our CAM module features a sub-module for calculating trajectories, while the lathe module performs all operations on the plane, for which we also implemented some mathematical functions.” 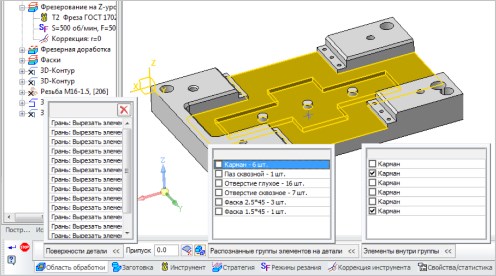 C3D Labs specializes in the technology-intensive market of PLM components. The company develops and markets the C3D Toolkit, which is used by developers of CAD systems and educational institutions worldwide. Computer-aided design systems are the most widely known software in which components, like C3D, are typically used. As the software developer’s tool, C3D is today the only modeling kit that incorporates all four modules critical to CAD: 2D/3D modeling, 2D/3D constraint solving, 3D visualization, and file conversion. In 2013, C3D Labs became a resident of Skolkovo, Russia’s state development office park.