VR Concept develops virtual prototyping software for collaborative work with 3D models in the fields of manufacturing, architecture, and construction. By deploying the toolkit from C3D Labs, VR Concept brings CAD design tools to its proprietary application and expands the list of CAD formats it supports. 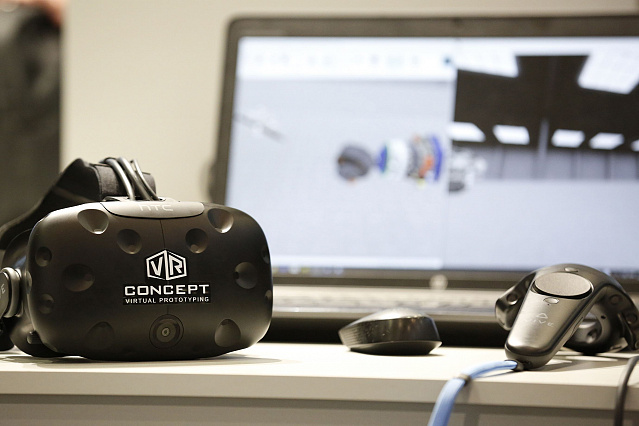 The VR Concept application downloads CAD/BIM/CAE models to a VR environment so that users can evaluate the exterior and the ergonomics of the product’s design. The application shows whether collisions could occur, and goes on to disassemble and reassemble 3D models. VR Concept can also be used to hold meetings and train personnel. The easy-to-use application does not require programming skills and so enables rapid starts in virtual reality. 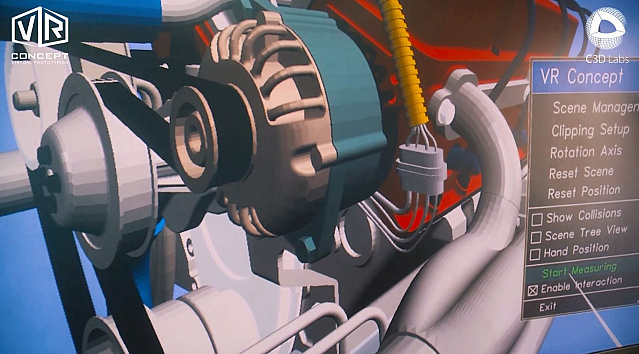 The application provides functionality for interaction with 3D models generated by different CAD systems in VR, and so VR Concept decided to apply ready-to-use file converters from C3D Labs. In addition, the company aims to offer powerful CAD functions in VR environments. Towards these purposes, VR Concept licensed two modules from the C3D Toolkit:

In the first stage, VR Concept plans to deploy C3D Converter in its VR application to read 3D models provided in JT format, a format that is in high demanded by the aerospace, engine, and shipbuilding industries. Next, the company plans to develop 3D modeling functions with C3D Modeler. This will enable users to change the geometry of 3D models, such as expanding pipe diameters and making holes, directly in the VR environment.

“By partnering with C3D Labs, we accessed a wide range of CAD formats that are used by our industrial customers, as well as the full-featured geometric modeling kernel. In addition to extending the capabilities of our easy-to-use application for collaborative virtual prototyping, we intend to develop software tools for doing design directly in virtual reality.”

“Thanks to our first customer in the VR industry VR Concept, we can understand the specific needs of VR software. This cooperation will allow us to further improve 3D modeling and data conversion in our C3D Toolkit, so that over time we will be able to further integrate our CAD components with virtual reality tools.”

VR Concept is a software developer of virtual prototyping applications that solve industrial challenges. The company’s flexible 3D/VR engine is the core of the software. By opening CAD data directly and on-the-fly, customers have a fast entry into the realm of collaborative VR/AR.

The company mission is to provide users with easy, fast, convenient VR applications for collaboration with and visualization of CAD models.