More than DWG: Open Design Alliance is ready for its new role in the CAD market

At the beginning of the year, the Open Design Alliance announced an update of all of its industry-specific engineering software development platforms, along with the release of new products. Given its recent rebranding and active work with the expert community, the ODA is making it clear that it aims to change the balance of power.

At C3D Labs, we are aware that changes to the market can impact us. We are in the same field as the ODA in supplying technology components, and at the same time we are partners with them. We license our components to our customers, but our C3D Modeler geometric kernel is also available as an integration module for the ODA’s platform.

What are the chances that a new “old” player can shake up the mature market of development tools? Let's have a look.

When you ask a CAD developer what the Open Design Alliance does, a likely response is, “Writing DWG converters.” And this is true. It is thanks to this service that the ODA established market recognition and gained more than a thousand member companies. What other suppliers of technological components can boast of such a following? Today, if you need product support for DWG and you don’t want -- or can’t -- go to Autodesk, then an ODA membership is the only solution. 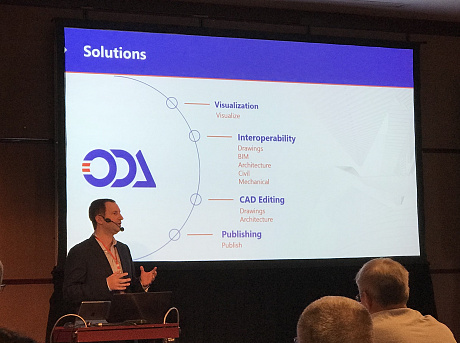 I focus on these specific steps taken by the ODA because the organization is moving towards supporting new formats, an activity that is familiar to them. The geometric kernel and the visualization engine were, however, traditionally provided by the ODA as external components to be licensed by members, as the ODA did not have its own APIs in these areas. Now they have. The Visualize SDK looks quite good to me, with its productivity tools, font support, GPU effects, and collision detection. These all are features that a visualization engine must provide. However, the Drawings SDK boasts only extrusions and revolutions. While this is not enough for a geometric kernel, it clearly defines the direction of future development.

Where will this path lead, and is it even justified?

I think so. Firstly, it is convenient for CAD developers to get as many components as possible from a single supplier. Components are not simply integrated, but initially provided as a single solution.

Secondly, it is profitable for developers; the ODA licenses its platform on the basis of several levels of annual membership payment, without royalties, which in itself is nearly unique in the market.

There is a downside? The difficulty is in satisfying everyone, because a platform solution with a certain averaged set of functions will always lose out to niche products. For the ODA to exceed the capabilities of something like HOOPS Visualize or ACIS geometric kernel, will take years of work, but this is not their goal. Not everyone writes a Solidworks or a Revit, and the so the possibilities of the ODA platform will be sufficient for many developers. With more than 1,000 members, the ODA will probably be satisfied in meeting the needs of even just a quarter of these companies – plus those it attracts by offering a new platform. Writing a ready-to-use «out of the box” tool that solves tasks for most of its members is a real and very complex goal.

At the same time, the ODA isn’t closing any doors to solutions from partners. If you need to implement 3D modeling in your product right now, you can integrate ACIS or C3D kernels, with D-Cubed or LGS constraint solvers, with the HOOPS visualizer, and so on.

The ODA remains equidistant, relying on relationships with other component suppliers that are mutually beneficial -- and not relying on competition. This approach attracts new members to the alliance. For example, Turkish company MKA Software and Engineering Solutions, after studying various options, chose for its MKA Steel software, a BIM application for steel structure design, a bundle made up of ODA Drawings SDK and C3D Modeler for ODA. This bundle gives the company the 2D and 3D functions it needs, which cannot be found in individual products, along with the added benefits of having something that’s easy to implement and available as a business model that involves no royalties. 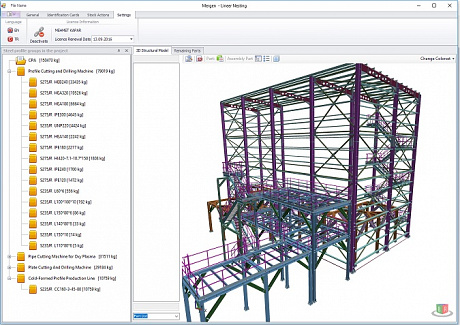 What conclusion can we draw from this? The Open Design Alliance has long been a prominent market player for DWG components, but it always stood quietly behind the scenes. Now we can put it at the same level of component suppliers as Dassault Systemes Spatial and Tech Soft 3D. At the same time, it is not competing directly with anyone else. It isn’t taking away market share, because it is developing its own segment by gaining new CAD developers from the users of its DWG library, who understand what CAD components are and when they are appropriate to use. We are waiting for the influx of fresh blood, which will signal that we are moving forward in a way that benefits of the entire market.

Share
C3D 툴킷 90일 무료 평가에 관심이 있으십니까?
요청
C3D 툴킷에 대해
질문이 있습니까?
연락처
We use cookies to help provide you with the best possible online experience. By using this site, you agree that we may store and access cookies on your device. You can find out more in our Privacy Policy