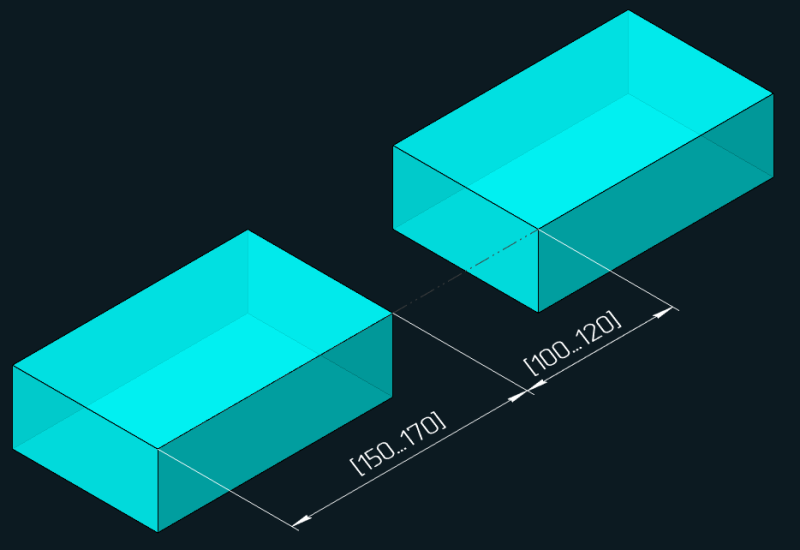 To set such dimensions with our C3D Solver API, you call the GCM_AddDistance function, which takes either a number or a numeric interval as its value;

To better understand how interval dimensions differ from driving dimensions, let’s consider the features of them.

A property characteristic of driving dimensions is that they take a single value. Only users have the ability to change this value as an independent system parameter by calling the GCM_ChangeDrivingDimension function; the solver can only take it for execution.

At the end of 2021, and for the first time for the 3D Solver, we implemented a dimension subtype, namely intervals. The interval dimension takes not a single value, but any one value from a given range [dMin, dMax]. This type of dimension eliminates one fewer degree of freedom than driving ones. For example, when the dimension between the two planes is changed from driving to interval, it eliminates two degrees of freedom, not three.

This year, the C3D Solver team continued to work on interval dimensions by adding a similar functional for angular dimensions -- it takes a single angle value from a range of values specified by the user.

For the new function to correctly measure dimensional angles, our developers needed to refactor some of the internal equations that define vector rotations. In particular, the angular dimension is a ternary (three part) constraint which takes three objects: the two objects between which the angle is measured, and the third object being the axis that defines the rotation of the angle between them (planar subtype). 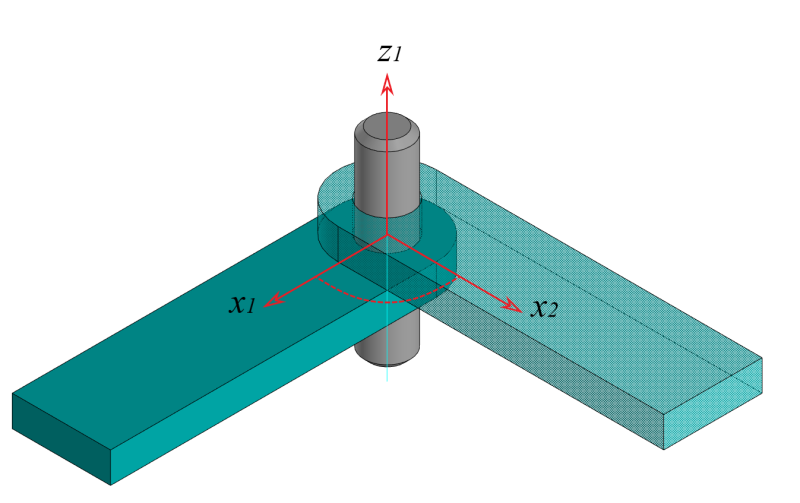 The solver creates the axis (a 3D subtype) automatically, so users do not have to specify it. However, an angular dimension still functions as if this rotation axis were specified. This, in turn, allows all types of angles to be brought to the same definition area from 0 to 360 degrees; when no axis of rotation is specified in three-dimensional space, the angle measured is by the shortest rotation, which cannot exceed 180 degrees. Angles with a magnitude of 270 or 90 degrees in 3D space, for example, are equivalent, when no axis of rotation is specified.

Next year, the C3D Solver team plans to implement a third type of dimension, in addition to driving and interval ones -- the variational dimension. Its value is the scalar variable of a constraint system. We are progressing on the assumption the new dimension type will satisfy the needs of CAD users in the following areas: