“When we began work on C3D Toolkit for 2019, we focused primarily on extending the modeling and visualization capabilities. We also added high performance and API improvements to provide customers with tools that are powerful, reliable, and creative.”

The fifth component of C3D Toolkit lets users work with polygonal mesh models by converting meshes to boundary representation (B-rep) bodies. Once converted, users can employ standard CAD tools to edit the formerly-inaccessible models, such as applying chamfers and performing Boolean operations. Additional representations can be generated of the converted mesh models, such as projections and sections.

C3D B-Shaper is available as part of the toolkit or as a free-standing module. 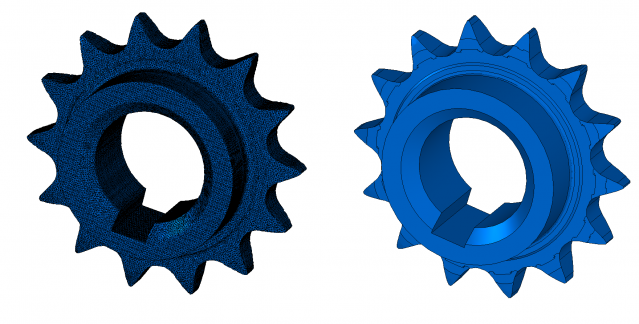 C3D Labs updated its geometry kernel in the areas of modeling, projections, and performance.

Modeling. The key modeling feature added to the 2019 release is a new ability to section bodies with open shells. Now developers using C3D Modeler can cut off parts of bodies with sets of faces that are open.

Sectioning a body with an open shell

Among geometric kernels, sheet metal modeling is unique to C3D Labs. The 2019 release added the ability to copy sheet metal body elements. As well, the way that flat patterns are simplified is improved, and there is a new construction of deflected reinforcement ribs on sheet metal bends.

The simplification of flat patters

Projections. A new projection tool projects axial lines, such as center lines, onto drawings. As well, the algorithms for projecting transparent bodies, cosmetic threads, and modified components of assemblies were improved. Users now can snap to attributes in section views.

Projecting the axial lines of surfaces into a drawing

Performance. Together with boosting the C3D Modeler’s algorithms, significant enhancements were made in kernel stability and performance:

The parametric kernel was updated to deliver new constraint solving and improvements to the API (application program interface).

Constraint Solving. The parameterization of wireframe models (used by pipelines in AEC/BIM applications, for instance) was enhanced with segments and arcs that are tied to fixed objects:

An example of wireframe model in C3D Solver

With a rewrite made to the internal equations system, constraints (such as tangency, distance, and points on circles) now work with circles of zero radius. This is handy, for instance, when working with hidden fillets, in which parametric drawings may or may not have fillets. Circles with zero radius are also useful in increasing the accuracy of smooth junctions, thanks to the well-defined systems of equations.

Hidden fillets in a drawing

API. In addition to direct calls, the API of C3D Solver 2019 now offers callbacks, which are similar in concept to functional programming. Both initial data and functions are transferred to the calculation module, through which requests for additional data can be made that are calculated later.

The key advances in C3D Converter module are support for PMI (Product Manufacturing Information), and improvements to SAT and topology.

PMI. C3D Converter 2019 expands on the transfer of PMI data in the JT file format. For parameters of leader lines, users can now specify the types of endings and the directions of the arrows, as well as to explicitly indicate the plane of the element’s placement. When specifying dimensions, their types, face values, tolerances, and units of measurement can now be specified.

SAT. For 3D models exported in SAT format, C3D Converter 2019 adds the ability to specify the topology according to the specifications of destination software, the program into which the files will be imported. As well, the update now transfers closed faces without forced-splitting of them, something that makes it better adapted to the specifics of the SAT format. 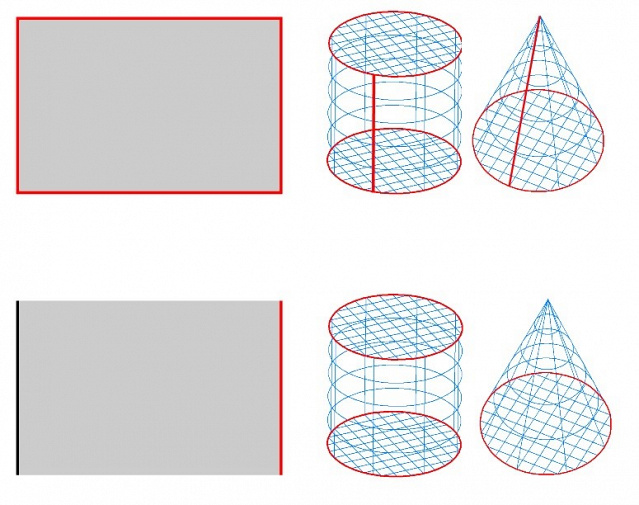 Poles and seams in C3D (up) and SAT (down below) formats

Topology. To detect and correct topology defects in the geometric model, new algorithms were added that take into account the specifications of exchange formats. 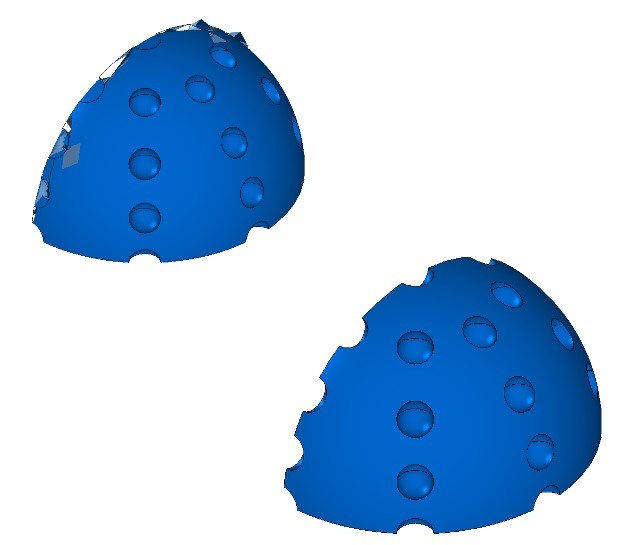 Closer Integration. The module is integrated more closely with the C3D Modeler geometric kernel. This enables visual representations that based on mathematical embodiments. It also generates scene graphs (based on mathematical models) with reference geometry automatically, and tracks the progress of scene generation.

New Tools. Perhaps the most important new feature is C3D Vision’s support for multilevel visualizations through the new MultiViews tool. Through the use of a single scene graph, one display model is used, and each view level has its own projection and its own scene display mode. 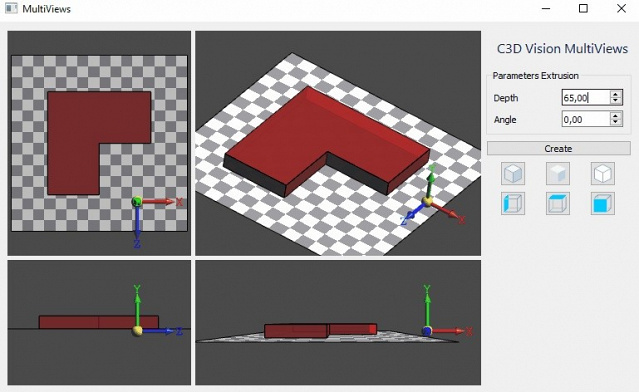 The SelectManager tool now provides color settings for primitives, highlights, and selected objects. In addition, object filtering and settings for physical devices for selection are available 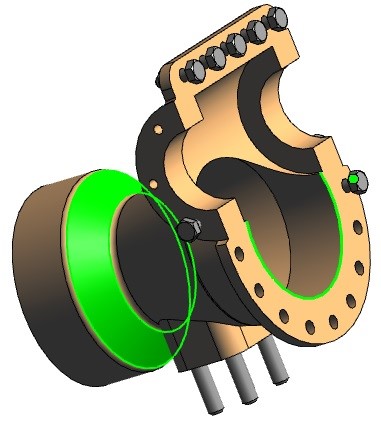 Custom Objects. The streamlined software architecture of the visualization engine now allows developers to implement their own objects, as well as to program processes for creating and editing objects.

The 2019 edition of C3D Toolkit is available now. The entire toolkit, as well as individual components, is available for testing in your programming environment at no charge. For details, see https://c3dlabs.com/en/evaluation/.