St. Petersburg, Russia: December 20, 2012 — ASCON Group revealed today that it has developed a version of its C3D modeling kernel for the Linux operating system. ASCON welcomes 3D application developers who work with alternative operation systems to try out the beta version of the C3D kernel. 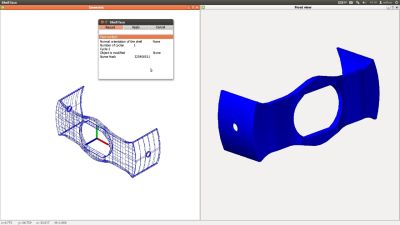 “The Linux version of C3D kernel is another step in providing a broad range of code to our external developers,” said Oleg Zykov, innovation project manager at ASCON. “Currently, the product is in its beta testing stage, but functionally it is equal to the Windows-based version. We look forward to receiving feedback from users, and based on the level of their interest, we will go on to create a commercial version of C3D for Linux.”

About C3D for Linux

C3D Beta for Linux is available for beta testing now. To receive a copy, contact ASCON at c3D@ascon.ru with “Linux” in subject line of the message. Please also include a description of the task or application for where you would like to use our C3D kernel.