Three years ago, ASCON, the parent company of C3D Labs, invited cosmonaut and Hero of the Soviet Union Aleksandr Laveykin to its Partnership Conference. As a guest speaker, he told the audience of Russian IT companies about his 174-day spaceflight and answered questions posed by conference attendees.

Up to now, the Q&A had not been translated into English. We post them for upcoming International Day of Human Space Flight (or Cosmonautics Day in Russia).

Aleksandr Laveykin flew to space in 1987 and worked as a flight engineer on board the Mir Space Station, orbiting the Earth for six months. He completed three spacewalks lasting a total of eight hours and 48 minutes. 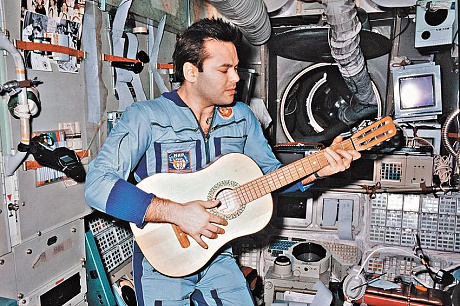 When will ordinary people be able to travel to space and gaze at the stars as tourists?

When they start earning $30 million. There is a private U.S. company currently offering sub-orbital flights for less, but the time when a ticket to space will cost the same as a tram fare is still in the distant future.

What are the G-force effects on a human body during lift-off and landing comparable to?

The G-force (multiples of the weight of gravity) can reach a maximum of 3G during lift-off. This value varies according to the propulsion stage -- first, second, or third. During the first stage, G-forces are not very high at all, as the launch process is fairly long. During the second stage, you feel vibration, as if you're travelling over cobblestones in a cart. This is because the guidance, navigation, and control system is in the upper section of a spacecraft, while the operating parts are in the lower section. So, the delay due to the time the signal travels from the gyroscopes to the thrusters, results in vibration. At the third stage, you experience G-forces of 1-2Gs, which are not really dangerous.

Now about the landing. During a routine landing, descent to a landing site follows a guided glide-slope trajectory, and G-forces can reach maximum values of 5G in thicker areas of high air resistance. But for someone who's been in space for six months (and some of our guys spent over a year there), it feels like more. After six months of weightlessness, the first "encounter" with gravity, with G-forces to boot, feels like 7-8G.

The most memorable G-forces are during the so-called soft landing. It's a strongly-felt collision with the Earth, even though the soft-landing engines kick in and the shock-absorbing Kazbek chairs do their job. So the soft landing is often called "a hard hit to your soft parts." Five seconds before touchdown, the Landing warning light comes on. At that point all the cosmonauts have to strain their muscles, stop talking, and clench their teeth so as to not bite their tongues off. Impact, tears in your eyes — and you're back on Earth! That's a routine landing.

If the descent is a ballistic reentry — and such landings have, unfortunately, become more frequent of late due to a malfunction in the descent module of the navigation system — then G-forces may reach 20G for a short period. Our young men and women have experienced such G-forces.

How do you usually feel in the first few minutes after landing?

Not great. There's fitness equipment for exercise at the space station. We fasten ourselves to a treadmill with special shock-absorbing elastic straps and run for an hour. Then we do legs and arms for thirty minutes each on a cycle ergometer. That's two hours of physical training every day! So when cosmonauts climb down the ramp, it's obvious how much effort they put into training. If they’re walking down whistling, then they’ve been training every day, but if they need help walking and the head is lolling about, it means they’ve skipped some training sessions. When cosmonauts return from the International Space Station, they are immediately transported to Star City for rehabilitation. 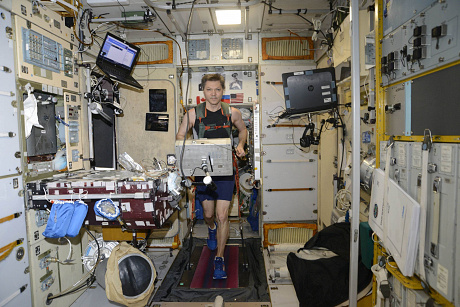 But the landing might not be routine, with depressurization or a fire. You might end up in a hard-to-reach place where no one is able to help you. In 2003, as Russian cosmonaut Nikolai Budarin and two American astronauts were returning to Earth after a long spaceflight, their descent module failed. They experienced G-forces of 20G, and during the descent they deviated from their planned landing site by 500km. Despite a long search, they couldn't be found (and as a result of this incident, all space crew members are now issued with cell phones). It was only thanks to Budarin's rigorous training that he managed to get out of the capsule unassisted, arrange for help, and set up the transmitter. About four to five hours later, a plane located them.

While in orbit, flight commander Yury Romanenko and I trained rigorously, so we only felt unwell for the first 30 minutes after the landing. We experienced some dizziness, but by evening I was able to walk unassisted and swim in a pool. Objectively speaking, weightlessness causes serious damage to our cells, as they change in structure over the course of a long flight. After a trip to space, the cells need to return to their normal shape, and this takes about as long as the flight itself.

What do you think of modern Sci-Fi space movies?

Are you referring to ones like Gravity? They're beautifully done, and the actors look amazing. But from a technical perspective, it's complete nonsense, aimed at people who don't know anything about technology. Still, your average smartphone these days might be as complex as a spacecraft control panel.

I recommend that you watch a wonderful movie, Apollo 13, with Tom Hanks in the leading role. We think this is without a doubt the best movie about spaceflight. What makes it so great? First of all, it's based on events that actually happened on a spacecraft. Secondly, NASA experts were involved in the filming. It's realistic, beautiful, and interesting.

There's another movie, Armageddon, starring Bruce Willis. It's a funny, unique movie, but it also paints a very clear picture of a problem that may await our planet in the future. Once again, Earth is approaching the asteroid belt and collisions with asteroids are a distinct possibility. If a medium-sized asteroid (100 square meters is sufficient) moves in the direction of Earth, damage to our civilization is conceivable, and so is an expedition to the surface of the asteroid.

Since lots of cargo spaceships arrive with supplies, we put everything in sacks and use a pen to label what's in each of them. There are sacks placed all over the station. On TV they show everything looking wonderful and all in order as smartly-dressed people share the latest updates. What the camera doesn't show are the bags and boxes everywhere. Crew members are in shorts and T-shirts the whole time, since it's really hot inside the station. Uniforms are put on right before shooting and taken off straight after. 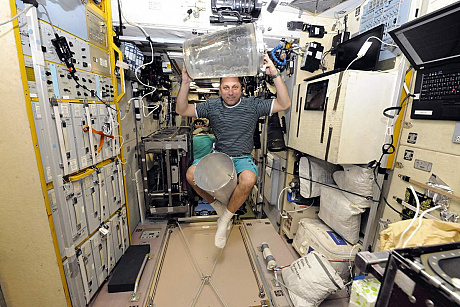 Our schedule looks something like this: in the morning we wake up at 8:00am Moscow time, wash, have breakfast, work for two hours, and then train, one hour on the cycle ergometer then one hour on the treadmill. Then we freshen up — there is no shower, so we clean ourselves with wet towels. After that we have lunch, work, do our evening exercises, and eat dinner before our free time. We usually spent that time either looking for the things we need for the next day, or just do nothing.

Doing nothing is a terrible state to be in during a long flight — it immediately makes you feel depressed. You're in an enclosed space for a long time, with one or two others to boot. Even though psychologists make sure we're ready for each flight and select appropriate crew members, we still need to get used to each other during the flight.

The famous Russian writer Viktor Astafyev wrote in his novel The Tsar Fish that, typically, a year-long trip to the taiga involving a group of three sable hunters would end in a scuffle and a knife fight. So they started going in groups of two, but the result was the same. In the end, they came up with the idea of going to the taiga with just a dog, because dogs are wonderful companions. We don’t have dogs, and, no matter how difficult it was, we needed to complete everything we'd been assigned. Yury Romanenko and I were among the few cosmonauts who remained friends after flying together, because we learned to behave appropriately. 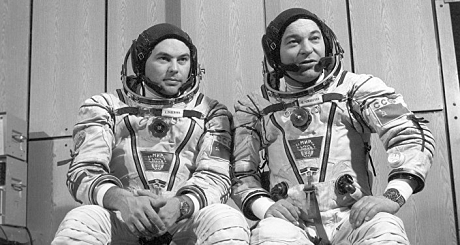 Weekends are even harder, because there isn’t much work to do. By that point we'd watched all the movies and read all the books we had — but we did have a guitar. Yura learned to play it and even wrote a few songs. In them, he managed to convey the psychological state of a cosmonaut during a long flight, which no scientific article has been able to do. We had a lot of music on board, actually. There's always music playing while you're working.

Vladimir Vysotsky doesn't go down particularly well in space because of his tough lyrics. But Yury Vizbor is another story. His songs are about kayaks and love — all the things that are missing in space. So it's always a pleasure to listen to something like that.