Tomsk, Russia: November 20, 2014 – C3D Labs successfully conducted seminars this month on road show that emphasized its capabilities in geometric modeling. Staff from C3D Labs held meetings with partners and prospects in Siberia, held under the auspices of the Druzhba (“friendship”) interacademic student business incubator at Tomsk.

More than 40 entrepreneurs, students, and employees took part in the seminars to become better acquainted with technology that enables 3D modeling. They also learned about the history of the C3D kernel and its future direction. There were demonstrations of use cases for commercial developers and educational institutions.

С3D product manager Arkadiy Kamnev’s presentation on the C3D ELP educational licensing program described the license terms for academic institutions, and the capabilities of the kernel in the areas of education and research. Participants had the unique opportunity to speak with the head of the C3D Development Center, Nikolai Golovanov, and then obtain a copy of the Geometric Modeling textbook autographed by him. 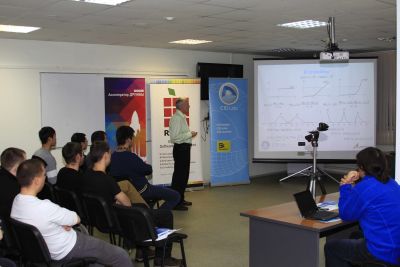 Rubius was the primary partner of the event, at which president Sergey Dorofeev described to participants his firm’s experiences in developing software with the gemetric kernel. Rubius was the first in 2013 to release a first third-party CAD system using C3D. Mr. Dorofeev paid particular attention to the aspects of the Russian-developed geometric kernel that surpass its international counterparts.

The company’s keen understanding of the kernel and rich experience in developing C3D-based systems meant that Rubius is now elevated to the status of Authorized C3D Developer. Mr. Dorofeev was presented with a certificate immediately following his report. 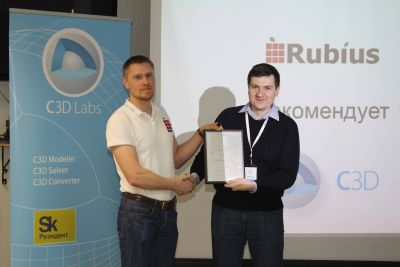 Later that day, Rubius commercial director Sergey Koshevoy conducted a tour of the firm’s offices, during which employees showed off the programming they are doing with C3D. Rubius is currently completing a project commissioned by C3D Labs. 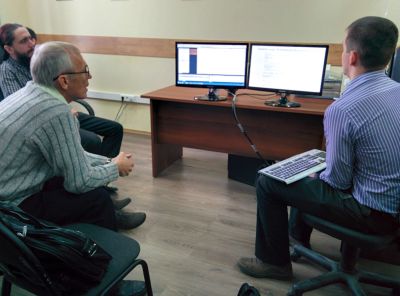 Rubius employees presenting the results of their work to Nikolai Golovanov

During C3D Labs' Siberian Tour, Alena Zakharova, director of the Institute of Cybernetics of Tomsk Polytechnic University, met with the CEO of C3D Labs, Oleg Zykov. They discussed options for extending their partnership; in particular, they talked about the possibility of the institute using the C3D kernel in educational and scientific activities, as well as carrying out joint research in the field of software development.

The executives also discussed issues related to the practical training of students and professionals at the Institute of Cybernetics of Tomsk Polytechnic University under the auspices of the C3D Development Center in Kolomna. 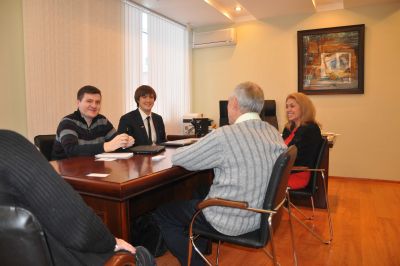 The Novosibirsk part of the road show took place in the “capital” of Siberia. Here, representatives of C3D Labs met with the employees of LEDAS, which is one of the leaders in the field of computer technologies based on mathematical constraints. In a roundtable, participants discussed the details of current and future cooperation between the two companies. Special attention was paid to the capabilities of SDK components that are currently under development: the C3D geometric kernel and the LGC technology for performing geometric comparisons. (LGC is based on the C3D geometric kernel)

At this meeting, LEDAS CEO Alexey Ershov was awarded a certificate confirming his company’s right to sell the C3D geometric kernel around the world. LEDAS also develops custom software based on C3D, and so it is the first company to obtain both statuses. 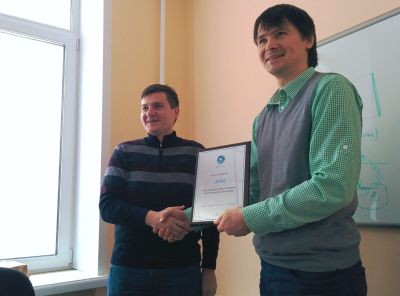 The tour in Novosibirsk ended with a conversation involving David Levin, co-founder of LEDAS and chief editor of the popular isicad.net portal. Interesting parts of the conversation will be published on our Web site in the near future.