Skolkovo, Russia: June 23, 2015 — How do technical customers in South Korea learn about new engineering software available in other countries? One way is through the Startup Village Conference, now in its third year at Moscow’s Skolkovo Innovation Center. The annual conference matches investors with innovators in an open-air festival held over two sunny days in early June.

A delegation of 30 South Korean companies, R&D institutions, and technology centers arrived, interested primarily to learn about the capabilities of Russian technological start-ups. The delegation was accompanied by Park Ro-byug, the South Korean ambassador to Russia.

C3D Labs was invited to attend the annual startup conference as one example of the collaboration that’s possible to achieve between firms from Russia and South Korea. The Russian software company is a resident of Skolkovo’s IT Cluster, and last year licensed its C3D geometric kernel to South Korea’s Solar Tech, a developer of CAM systems. As a result, South Korea today is a major international target for C3D Labs. 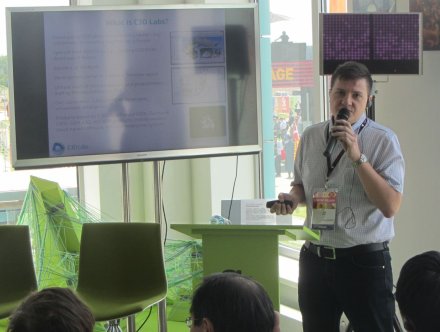 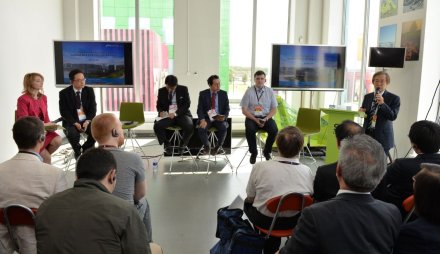 “Finding the very first customer in South Korea is a challenge,” said Oleg Zykov, CEO of C3D Labs. “But once you've made it, the next customers will soon learn about you.” During a special session at the conference, Mr Zykov delivered a speech based on his experiences, entitled “Entering Global Markets: Opportunities in South Korea.”

South Korea possesses a strong and diversified industry, with many IT companies and universities. Solar Tech accessed the C3D kernel from C3D Labs for testing in 2013, and then last year licensed it. The Korean engineers performed a comprehensive investigation of the geometric kernel’s technical capabilities, considered the licensing options available, and only then decided to purchase it. As a result, the contract between C3D Labs and Solar Tech attracted much attention from other engineering developers and universities in South Korea.

“Presently, our customers are small and medium-sized businesses, but we are working on establishing a successful collaboration with major enterprises as well," said Mr Zykov. “The Korean market is proving to provide a great opportunity for our C3D geometric modeling kernel.” 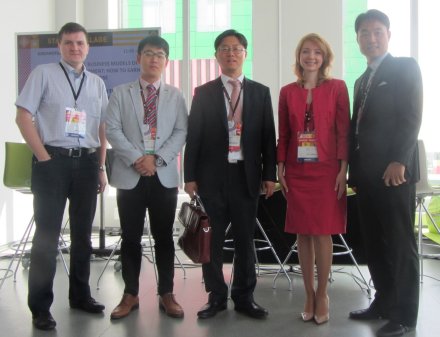 One of the main international start-up events of the year, Startup Village is the only conference of this scale in Russia, and is now in its third year. The main goal of the event is communication between startup founders and successful entrepreneurs, big industrialists, investors, and officials. It is the only startup conference that runs under the open skies on the site of the future city of Skolkovo outside of Moscow. Participants can see first-hand the progress Russia’s first innovation center is making.

The Skolkovo innovation system comprises the Skolkovo Institute of Science and Technology (SkolTech, established in partnership with MIT), corporate R&D centers, business incubators, private seed and venture funds, and start-up companies — over 300 of them in all. Skolkovo is governed by a special provision giving resident companies economic incentives for running their businesses there. The city also offers residential space and a social infrastructure for its 30,000 residents and workers.

The IT cluster, of which C3D Labs is a part, endeavors to make breakthrough developments in computer hardware and software, striving for eventual commercialization of the innovations.