Moscow, Russia: June 16, 2015 — C3D Labs is pleased to announce that ROSATOM, the Russian Federal Nuclear Center’s All-Russian Research Institute of Experimental Physics (VNIIEF) has licensed the C3D kernel for use in its 3D software.

After a selection procedure that thoroughly tested the contenders amongst available kernels, engineers at VNIIEF decided in favor of the C3D geometric kernel from C3D Labs. The technology will be used by the research institute to develop their own software that computes simulations of a variety of physical processes.

“We look forward to using the C3D geometric kernel to build computational meshes for 3D models, and for simplifying, adjusting, and improving the computational geometry,” said Valery Budnikov, department head at VNIIEF. “Our collaboration has proven to be productive for both teams.”

During the testing phase, C3D Labs engineers joined forces with those from VNIIEF, so much so that C3D Labs decided to release the support systems and development environments requested by the research institute, even before they had licensed the C3D kernel. By using the C3D kernel, VNIIEF is able to seamlessly integrate two Russian design systems, ASCON's KOMPAS-3D CAD and the LOGOS software suite. LOGOS was created at VNIIEF for computing simulations with supercomputers. 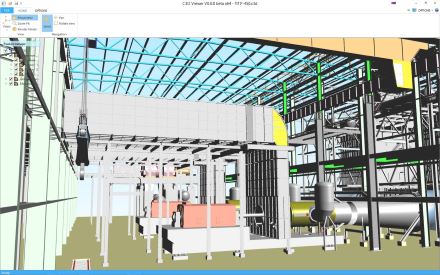 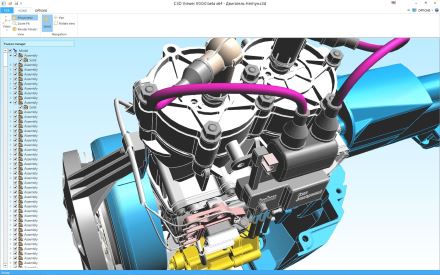 “The R&D team in Sarov works in very interesting fields of science – that's why we are proud and happy to collaborate with them and ROSATOM,” said Nikolay Golovanov, C3D Development Manager. “We were very impressed with the high level of professional skills displayed by VNIIEF developers, and their knowledge of geometric modeling.”

“C3D Labs operates in a sophisticated market, with the end users being engineering software developers,” said Vasily Sizov, Senior Project Manager at the IT Cluster of the Skolkovo Foundation. “They successfully challenge competitors that sometimes are subsidiaries of much larger corporations, like Siemens PLM Software and Dassault Systemes.”

The Skolkovo representative noted that the C3D kernel has great opportunities in the market, expressing confidence that the collaboration between C3D Labs and VNIIEF will help both: on the one hand making the kernel better, while providing enhanced computational simulations at the nuclear power research center.

The Russian Federal Nuclear Center’s All-Russian Research Institute of Experimental Physics (VNIIEF) is a part of ROSATOM, Russia’s state atomic energy corporation. VNIIEF is a large research and development institution that focuses on scientific and national economic problems, and consists of a complex of closely interrelated institutes:

With its high-level scientific and technical capabilities, VNIIEF has been able to expand the scope of its research and development to effectively explore new areas in high technology, attain world-class scientific results, and carry out unique, fundamental, applied studies.

The ROSATOM website is at www.rosatom.ru/en
For more information on VNIIEF, see www.vniief.ru/wps/wcm/connect/vniief/siteeng