C3D Labs is pleased to introduce today three new design programs from customers of its С3D geometric modeling kernel. New releases from NTP Truboprovod and Center GeoS are benefiting from advanced visualization, higher accuracy, and faster construction speed, while LEDAS has unveiled new technology for comparing three-dimensional models. All of these programs are based on the C3D geometric kernel.

K3-Mebel 7.3 from Center GeoS is the newest version of a professional software suite for designing, manufacturing, and selling cabinet furniture. Its new features became possible because of C3D: 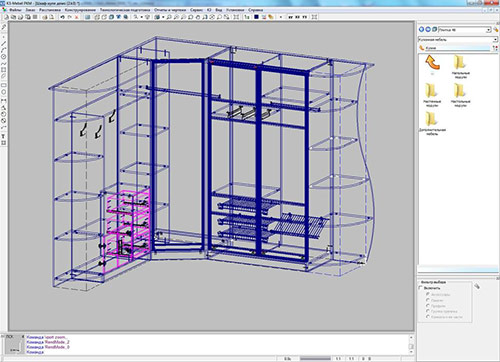 LEDAS is the technology partner of numerous international CAD vendors. LEDAS used the C3D kernel to develop new technology for comparing three-dimensional models. The first version of LEDAS Geometry Comparison (LGC) was released in September, and is now available as a component that can be integrated into existing and future software products.

LGC is meant for monitoring changes to the geometry of 3D models. It makes it easy to compare 3D models and assemblies that have been changed, shifted, and/or rotated relative to each other. LGC works by determining the corresponding faces of two similar models, and then restores their associativity. It automatically copies attributes, parameters, constraints, and dimensions from one model to another. Differences are shown in a user-friendly manner as groups of changed faces. 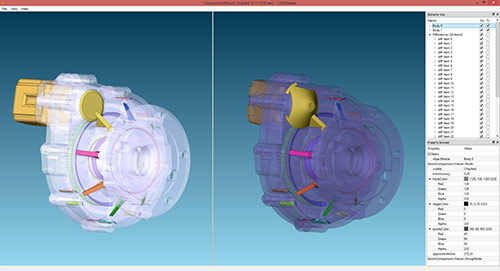