C3D Labs is pleased to announce that 2017 was its most successful year since entering the PLM components market five years ago. Revenues from the company’s C3D Toolkit license fees increased in 2017 by 30%. The most important milestone of the year is the new contract with Altium, the world's leading provider of solutions for designing electronics, in which chose C3D Toolkit to improve the 3D modeling of its Altium Designer flagship product. 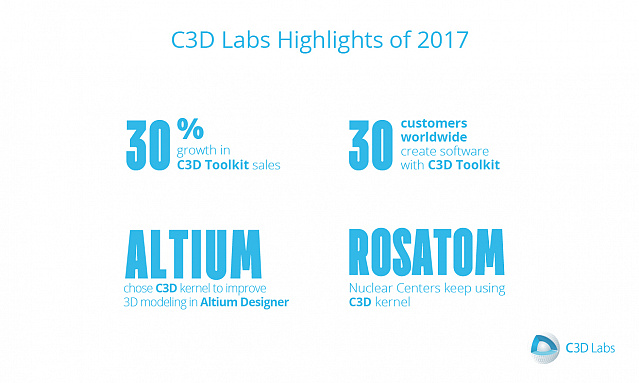 Over the past year, C3D Labs landed contracts with nine new customers in the USA, India, China, Russia, and Turkey. Currently thirty companies, industrial firms, and universities are developing their software based on C3D Toolkit. The Russian-developed geometric kernel provides the basis for programming CAD, CAM, and CAE systems in the areas of mechanical, electronic, architectural, construction, and furniture design -- as well as mobile and Web applications and visualization modules for PDM systems. 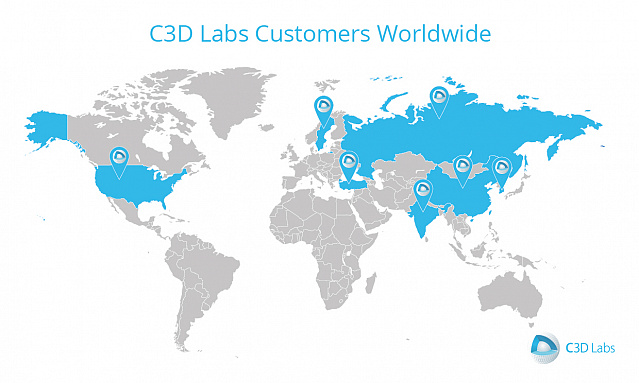 The strategy of C3D Labs always was to take aim at the global market, and as a result export earnings already account for 65% of C3D Toolkit licenses sold. The primary market is the USA, with sales to India, China, and South Korea reaching a significant share. 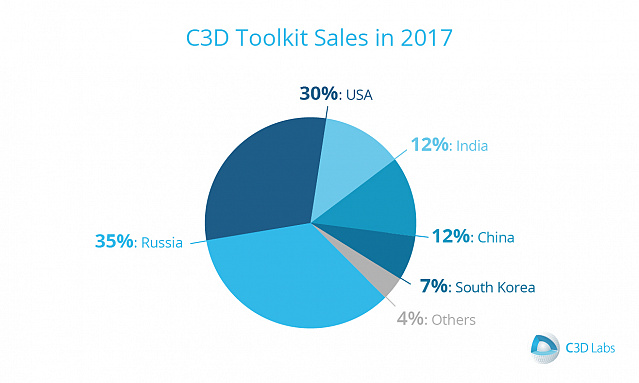 C3D Labs actively develops partnerships with the largest professional organizations in the field of software engineering by participating in significant PLM market events globally. In April 2017, C3D Labs held its first ever workshop for engineering software developers at the COFES conference (Scottsdale, Arizona, USA). In addition, a lightweight solid modeling kernel for the Teigha platform — C3D Modeler for Teigha — is being developed in cooperation with Open Design Alliance; this innovation was presented in September at the Teigha Developer Conference (Prague, Czech Republic). In November, an agreement to test the C3D Toolkit was signed by the members of the IntelliCAD Technology Consortium at their global conference (Auckland, New Zealand).

"Step by step, we are approaching our goal: to become a prominent player in the global PLM-components market,” said Oleg Zykov, CEO of C3D Labs. “The results of last year show that our ambition is justified. Our software is a quality tool, with extensive functions and effective support, available at an affordable price. This puts it in demand by software engineers all over the world.”

For 2018, C3D Labs plans to release a new version of its C3D Toolkit. Engineering software developers will be able to get acquainted with it at the upcoming COFES conference in the USA (April 12-15) and during the C3Days conference in Russia (May 17-18).